Clara Barton’s office for missing soldiers no longer lost, too 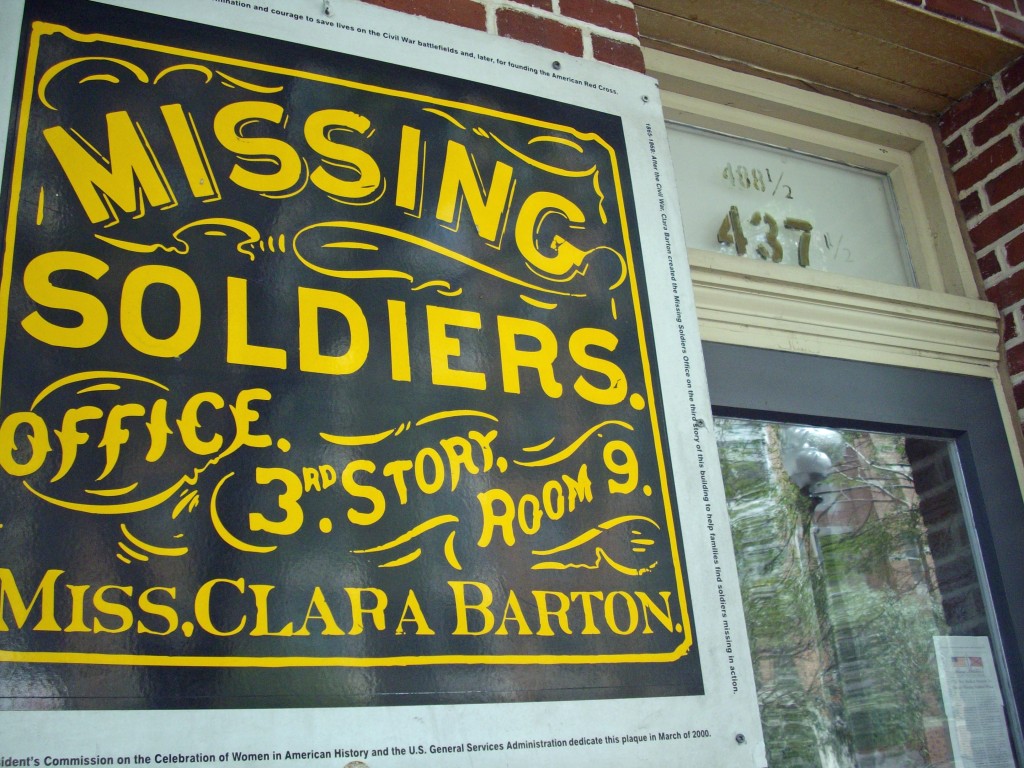 There seems a certain irony that Clara Barton’s office for missing soldiers was itself lost for 130 years.

Seriously, how can office space in the middle of downtown Washington go unseen for more than a century? I could see one owner maybe not using the space, but four generations never took a peak? That’s just amazing. A second-story fire kept anyone from venturing to the third floor, but I find it amazing no one over a century did.

The upstairs office at 437 7th St. N.W. was discovered by a workman in 1997 as the building was nearing demolition. It was the Boyce and Lewis Shoe Store for decades before later sold to the Pennsylvania Ave. Development Corporation and then sold to the federal agency General Services Administration. The building dates to 1853 and is believed to be the last intact boarding house during the Civil War remaining in Washington.

The discovery of Room 9 for Missing Solders Office was a historical find akin to cracking open an Egyptian tomb. Barton lived there for eight years, including the Civil War. The No. 9 is still painted on the door that includes her mail slot. There are window displays at the street level.

The 2,016 artifacts documents dated until 1868 when Barton left for Europe. The first president of the American Red Cross later lived at a Glen Echo Home for the final 15 years before her 1912 death. The Glen Echo home has tours regularly. Visit Clara Barton’s Glen Echo home.