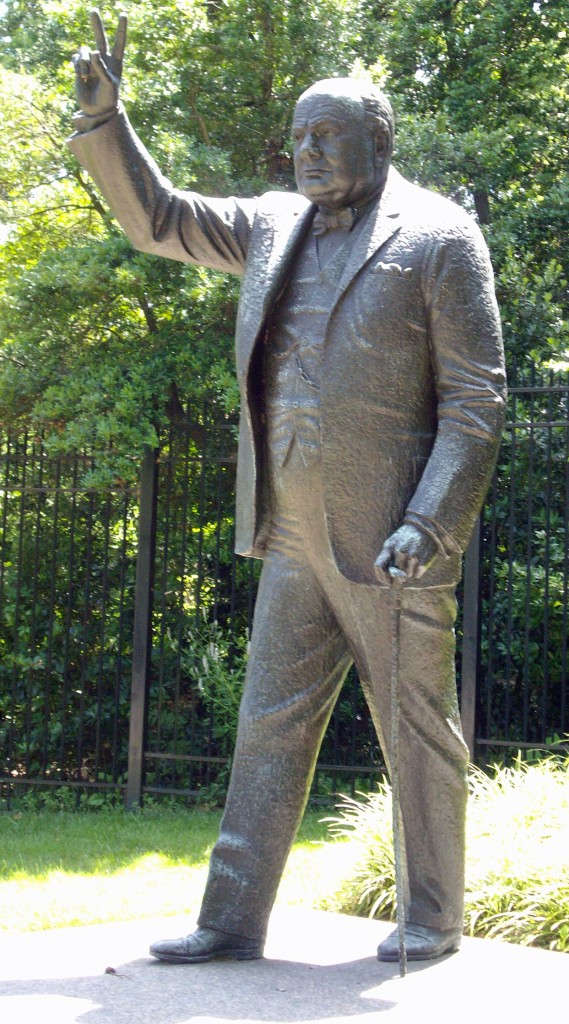 Winston Churchill does an international game of hokey pokey outside the British embassy on Massachusetts Ave.

Embassies are technically foreign soil so the 186 in town form quite an international landmass. But the late British prime minister, who led England through World War II, was the son of an American mother and British father. Hence, the statue has one foot on American soil at the embassy’s edge and the other on British soil.

Standing just below the Naval Observatory, the nine-foot bronze statue has Churchill flashing the “V” for victory sign with his right hand used by the British during the war and a cane and cigar in his left. Soil from his native Blenheim Palace, his rose garden in Chartwell, England and his mother’s home in Brooklyn lie beneath the granite base. A time capsule underneath will be opened in 2063, the 100th anniversary of Churchill’s honorary citizenship.