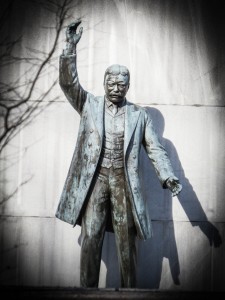 It’s amazing the number of oases around downtown and how seldom we stop to see them.

I recently made my first trip to Theodore (did anybody but his mother not call him Teddy?) Roosevelt Island. A long walk around the 88.5-acre island across from the John F. Kennedy Performing Arts Center along the Virginia banks of the Potomac River is always good for the soul.

There were lots of couples walking dogs, families giving the young kids someplace to run off some energy, photographers and naturalists wandering the park, though most days it’s pretty quiet. You cross over from the parking lot alongside the George Washington Parkway on a wooden bridge that’s pretty cool for taking photos, especially with the river currently iced over.

It’s not a far walk until seeing Roosevelt’s 17-foot statue by Paul Manship, two fountains and four large stone monoliths with Teddy’s favorite sayings dedicated in 1967. It’s a pretty good likeness for something in the middle of nowhere.

But then the real fun begins. The path circles the island so you can go either way. It’s supposedly 1.3 miles, though it sure felt longer. The island’s topography is so varied with granite rocks alongside a marsh that rises above the long wooden path that is underwater in the spring. 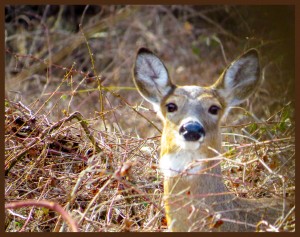 There are great photo spots for Georgetown down to the Lincoln Memorial, but the coolest thing is watching for the deer. Not two seconds after remembering to look for them I spotted a handful munching away in tall grass. They’re pretty tame, though don’t approach them or a hoof may land upside your head.

The island is a National Park site and has restrooms on the southern side during warm months. It was earlier known as My Lord’s Island, Mason’s Island and Anacostine Island for the Indians who first inhabited it in 1668. A series of owners followed, including three generations of George Mason’s descendents. 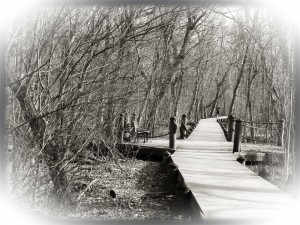 A mansion was built by John Mason in 1796, but the family vacated the island in 1831. Two fires destroyed the house that was completely demolished by the Civilian Conservation Corps in 1935. The Washington Gas Light Co. bought the land in 1913 only to sell it to the Theodore Roosevelt Memorial Association in 1931. Congress approved a memorial in 1932, but a generation passed before it was built.