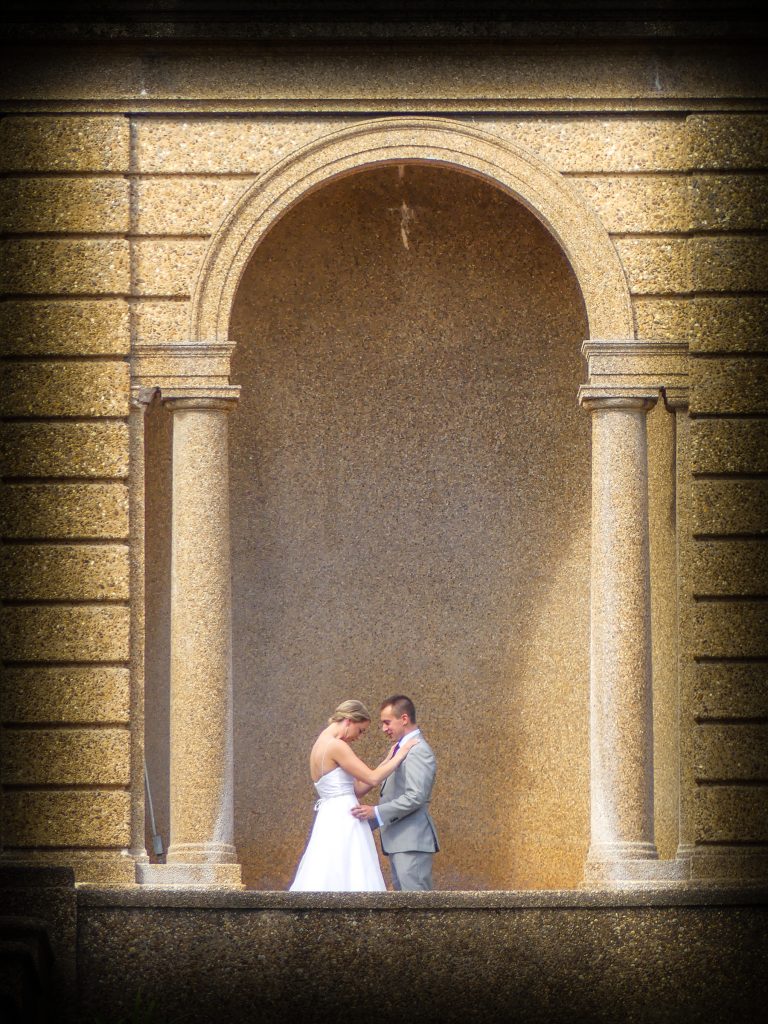 It’s not unusual to see weddings around the National Mall and the U.S. Capitol. Maybe the gardens, fountains, majestic buildings or being in a park draws them, but on a spring day you’ll often see the happy bride and groom posing for a photographer.

The next generation to this idea is engagement photos. They’re becoming very popular with the twenty-somethings. Indeed, both of my daughters heard the question popped in a public area in town.

Where should you go for a romantic photo spot? Here are seven good ones.

Jefferson Memorial – The Tidal Basin area has many couples posing among the trees declaring their love. The Martin Luther King, Jr. Memorial has become popular, but the Jefferson Memorial seems more popular among the young government workers. It’s a cool building, patterned after the Panthenon in Rome and there’s water, too. I’d take someone to the edge of the water on the right side of the Jefferson to get both in the photo.

Meridian Hill Park –Maybe it’s the cascading Italianate waterfall, but I once spotted three wedding groups being photographed on a Saturday afternoon. Luckily, the place is big enough for everyone to have their own spot.

Dumbarton Oaks – There’s an admission fee for this private estate, but it’s the most beautiful grounds in town and plenty of vistas for photos. Kind of a secret garden theme.

U.S. Botanic Gardens – My oldest daughter became engaged here inside the building at a bench off the main walk. Wintertime makes this a big option since it’s climate controlled, but if you’re big into plants go for it. Feel free to use the bench idea.

Capitol Gardens – There are several excellent venues for the Capitol. The Senate Fountain on the north side near Union Station is an excellent view. Water and a building, always a great combination. There’s a red brick springhouse on the west side of the dome along the path that’s perfect in warm weather. And, you can’t go wrong by the rail on the west side that overlooks the National Mall.

Lincoln Memorial – The most visited attraction in town is an attractive backdrop. I’d stand either near the bottom one flight above street level so the rising building is in the background or at the top with the National Mall as the background. For the latter, go to either end of the building for more privacy and use the columns as borders of your photo.

Grace Episcopal Church – That wedding couple by the red door featured above is an active church just below Wisconsin Ave. and M Sts. NW in Georgetown. My great grandparents were married there. The red door and gardens make for a great photo within sight of the sidewalk.