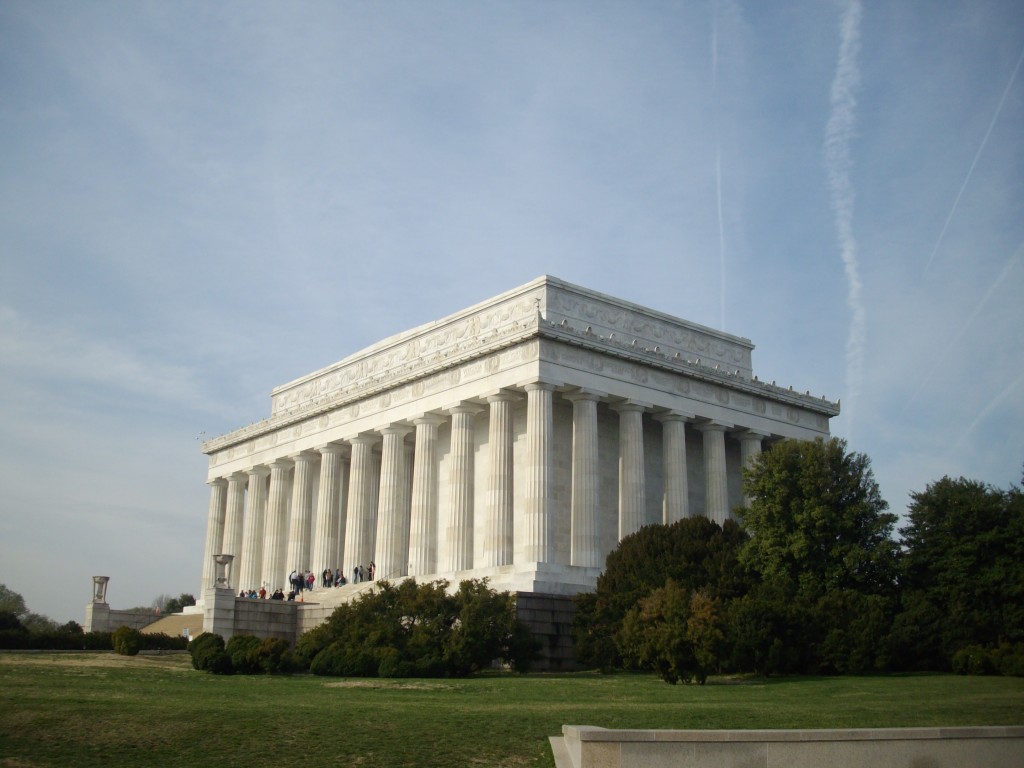 The best times to photograph the Lincoln Memorial are at night and early morning. Otherwise, the overhead sun leaves it looking flat and the evening sun is behind the Lincoln to provide a dark photo.

Night photography can be easy, but a little tricky. National Park Service rules prohibit tripods that are often needed for time elapse photos. But, you can get away with it if farther out from the building in slower times of year. The Lincoln gets nearly seven million visitors annually so it can get really crowded in the spring especially and tripods are a hazard. A one-legged monopod is allowed, but you still have to hold it.

That said, most cameras, iPads and iPhones take a decent photo at night when the light leaks out of the Greek-inspired Parthenon building. I’m a big one on using the Rule of Thirds and standing to the right corner of the building to generate perspective.

The morning light reaches Lincoln with a golden glow. This burns out pretty quickly and while the morning overall isn’t bad, the best is the early rays. 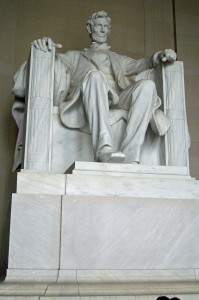 Where should you stand? Depends on the pic you’re looking to get. You can get the sunrise over the Capitol dome at dawn from the top Lincoln steps. It’s a pretty cool photo.

Family photos should be on the steps down near street level. Have the photographer shooting up towards the family on the first rise.

What about the statue? Morning is definitely better with the sun behind you. On a rainy, foggy day, the inside area around the statue can get a really misty glow. It’s rare, but really cool on cool spring mornings.

So keep watching Mr. Lincoln. There are plenty of times and angles to capture.