Tickets are $50 (with those under 10 free) with Goldstar selling half-priced tickets below. So, let’s have some fun.

A COVID waiver is required via https://docs.google.com/forms/d/e/1FAIpQLSctLIMixKuJHngazslADusi2w3DLP4JpwtabBtXsI1NWToJRQ/viewform. 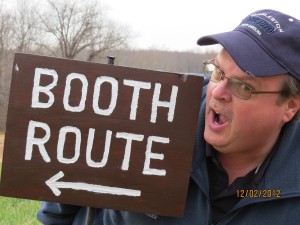 Why did America’s most popular actor kill the president? And how did he do it? We stroll from the White House to Ford’s Theatre and many points in between over 90 minutes examining many of the sites where John Wilkes Booth stalked President Abraham Lincoln before killing him at the end of the Civil War. A madman exacting revenge for his beloved South or maybe more. Rick is a distant relative of John Wilkes Booth and co-conspirator Mary Surratt so keep a wary eye on him.

TICKETS BY GOLDSTAR TO COME SOON 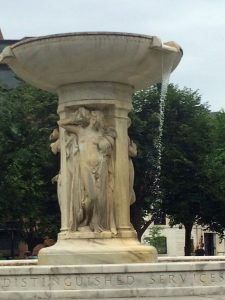 They were the super rich of the Roaring Twenties. Parties for 2,000 with $1 million spent on a dog’s birthday. A daughter of Teddy Roosevelt who became a fashion icon. Across the street was a daughter of a rich gold miner who carried the curse of the Hope Diamond. A third iconic party host filled a local paper with gossip. Embassy Row isn’t short on stories on affairs, gossip and even a grisly terrorist bombing. DuPont Circle to Sheridan Circle may now be filled with embassies, but it was once the playground of the wealthy. We’ll also see Kalorama with two former presidents’ homes plus other famous people and the Spanish steps.  Tour begins and ends at the DuPont Circle fountain at the intersections of Massachusetts Avenue NW, Connecticut Avenue NW and New Hampshire Avenue NW.

HALF PRICE GOLDSTAR TICKETS BELOW 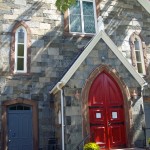 We’ve combined our two Georgetown tours into one. You’ll see the canal, colonial buildings, homes of famous people like the Kennedys and much more. This two-hour walking tour includes the Old Stone House, several historic churches and buildings, a brief walk along the canal while it’s under repair, Francis Scott Key Park named for our national anthem’s author that lived nearby, “Exorcist” steps where the horror movie’s climatic scene was filmed, Car Barn from the cable car days, university campus and homes where John and Jackie lived before their White House days. Tour begins at the Old Stone House at 3051 M Street N.W. 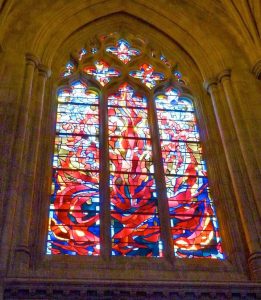 From the soaring Gothic spires to the crypt of Helen Keller, there is so much to see at the National Cathedral. But, we’re going to talk about presidents from Woodrow Wilson’s tomb that was part of a failed plan to make the Cathedral the American version of Westminster Abbey to the only statue of a president praying. The space window where Apollo 11 has ties to the cathedral. The Gothic architecture and history of cathedrals where this one is influenced by 14th century architecture. And, how Christianity is shaped by these buildings. Tour begins in front of Cathedral by glass elevator at 3101 Wisconsin Ave NW, Washington, DC 20016.

1 Response to Our Tours