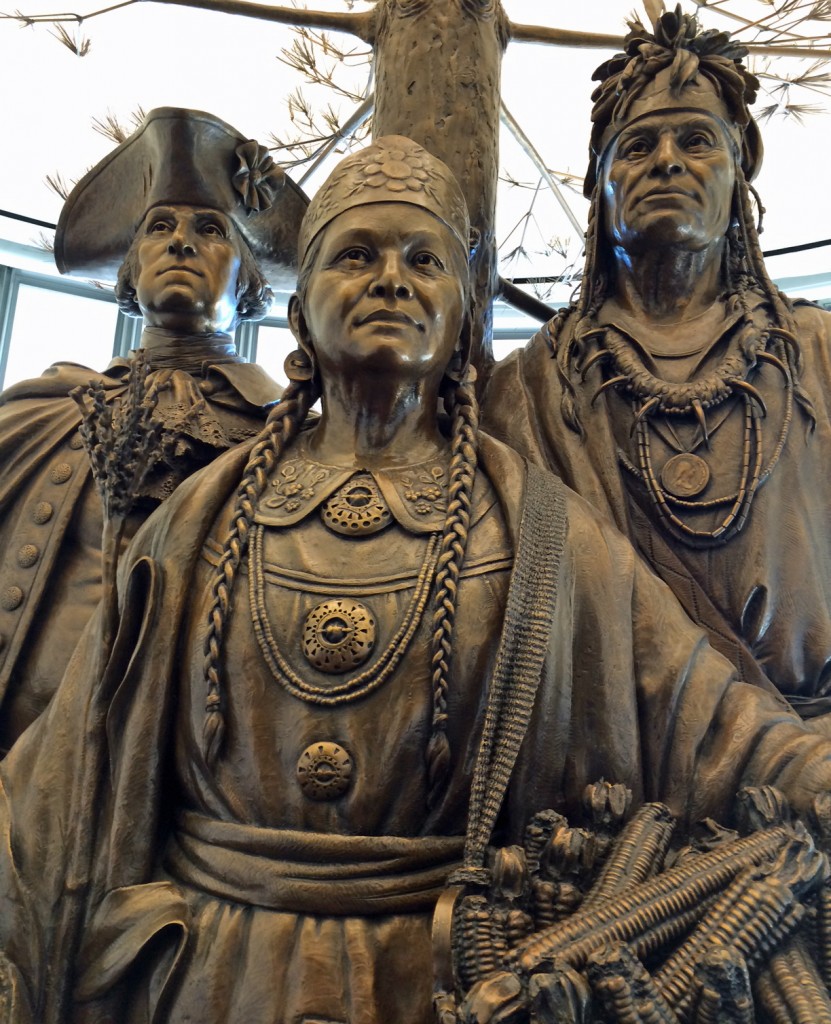 Allies in War, Partners in Peace is a bronze statue by Edward E. Hlavka that is in the American Indian museum. Gen. George Washington is joined by Oneida diplomat Oskanondonha and Polly Cooper, an Oneida Indian who helped starving troops at Valley Forge in 1777-78.

The turtle, wolf and bear (not shown in this photo) depict the three Oneida clans. The statue was created in 2004.