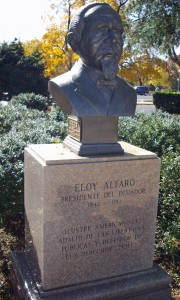 In the row of bronze busts outside the Organization of American States along Constitution Ave. is Eloy Alfaro, the former president of Ecuador whose full name was José Eloy Alfaro Delgado.