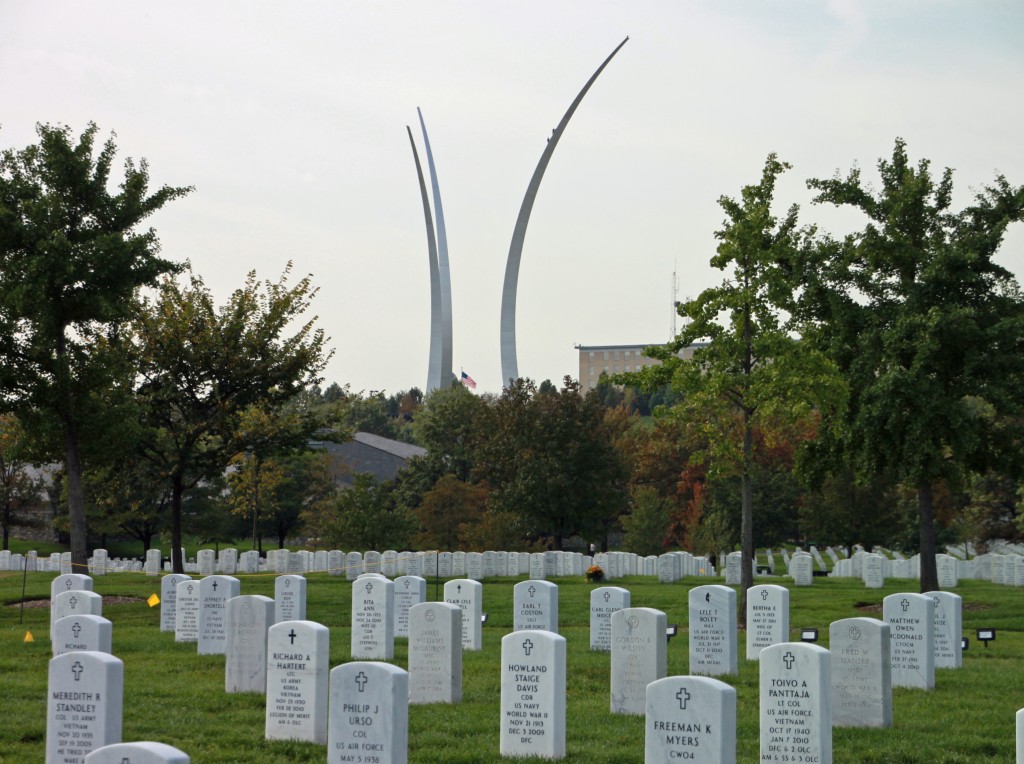 It lies between Arlington National Cemetery, Navy Annex and the Pentagon, but the Air Force Memorial can be seen many places around town. Indeed, you can also see much of Washington from the memorial.

Built in 2006 to remember the 53,000 that died serving in the Air Force and its 1909-1947 predecessors serving under the U.S. Army, the memorial has three spires rising 201, 231 and 270 feet respectively. They are the contrails of the Thunderbirds during bomb blast maneuver. Stainless steel covers the 600 ton concrete spires created by Zenos Frudakis. Below the spires is the Air Force star that is its symbol since World War II. Nearby is a U.S. Air Force Honor Guard.