A stone of another color 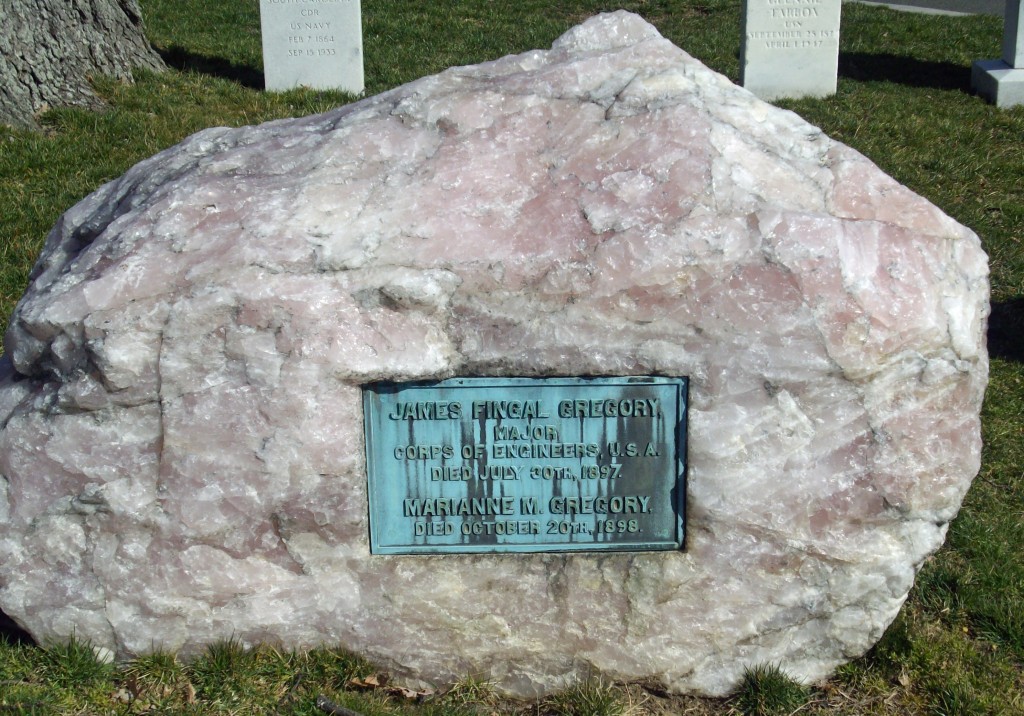 It’s funny what grabs you while walking among the graves at Arlington National Cemetery.

The large purple quartz marker that includes the plaque of James Fingal Gregory is one of a kind. At least, I’ve never seen one like it and have covered probably 90 percent of the cemetery.

Gregory was an engineer so maybe they wanted something unusual from the earth to remember him. The West Point cadet from Albany, N.Y. was only 18 when the Civil War started. He rose through the ranks over the years from Second Lieutenant at war’s end to First Lieutenant the next year to captain in 1874. He became a colonel while serving as Aide-de-Camp to General Sheridan from 1881-86 before dying in 1897. Among Gregory’s achievements was a geodetic survey of the northern lakes, boundary survey of the 49th parallel and survey of the Union and Pacific Railroads.