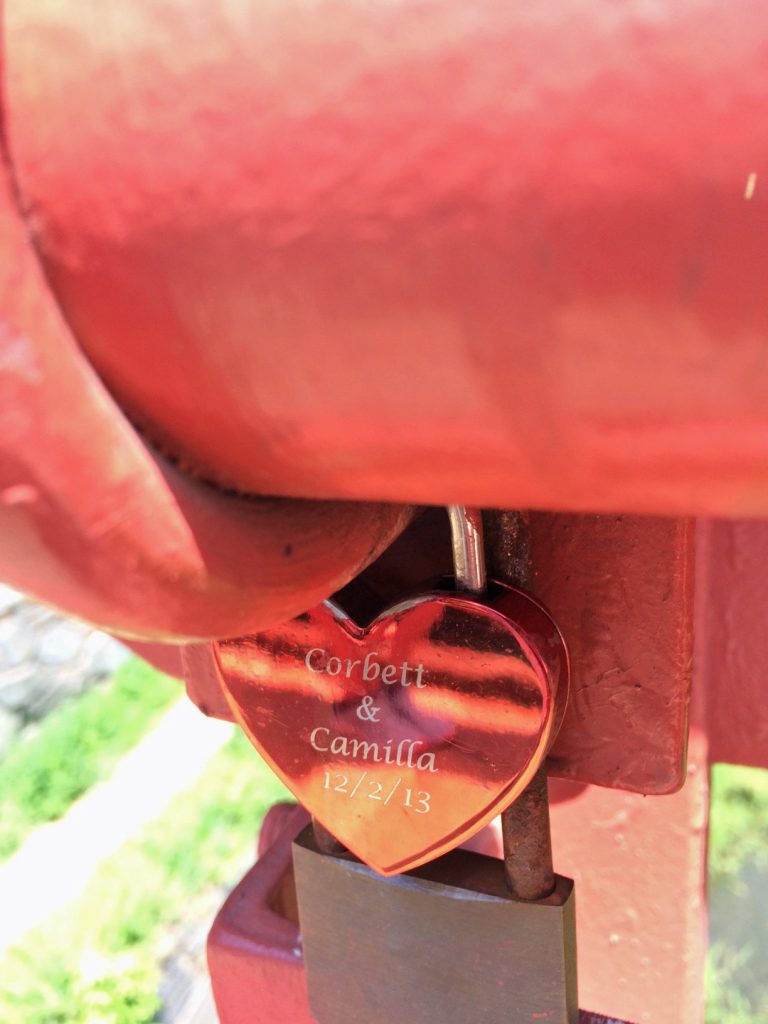 I was standing on the red pedestrian bridge across the C&O Canal in Georgetown when I spotted a lock under the rail. It contained a heart with”Corbett & Camilla 12/2/13″ attached.

Locks on bridges have become popular worldwide. I first saw them in San Francisco in 2014 and last year on the Brooklyn Bridge in New York City where a sign saying not to attach locks was surrounded by them. Ironically, I saw a city worker with bolt cutters taking them off. Spoil sport.

The locks symbolize eternal love between a couple. After attaching the lock to the bridge, the couple is supposed to throw the key into the water so the lock (and their love) remains forever.

After noticing one lock, I suddenly saw five others along the bridge. Maybe they’ve been there for awhile unnoticed. Either way, I hope Corbett and Camila are doing well.

Rick Snider is a native Washingtonian, long-time journalist and licensed tour guide since 2010.
View all posts by Rick →
This entry was posted in Washington life and tagged Best Georgetown walking tours, Georgetown, locks on bridges, Photo by Rick Snider. Bookmark the permalink.