Final salute for the Sergeant at Arms 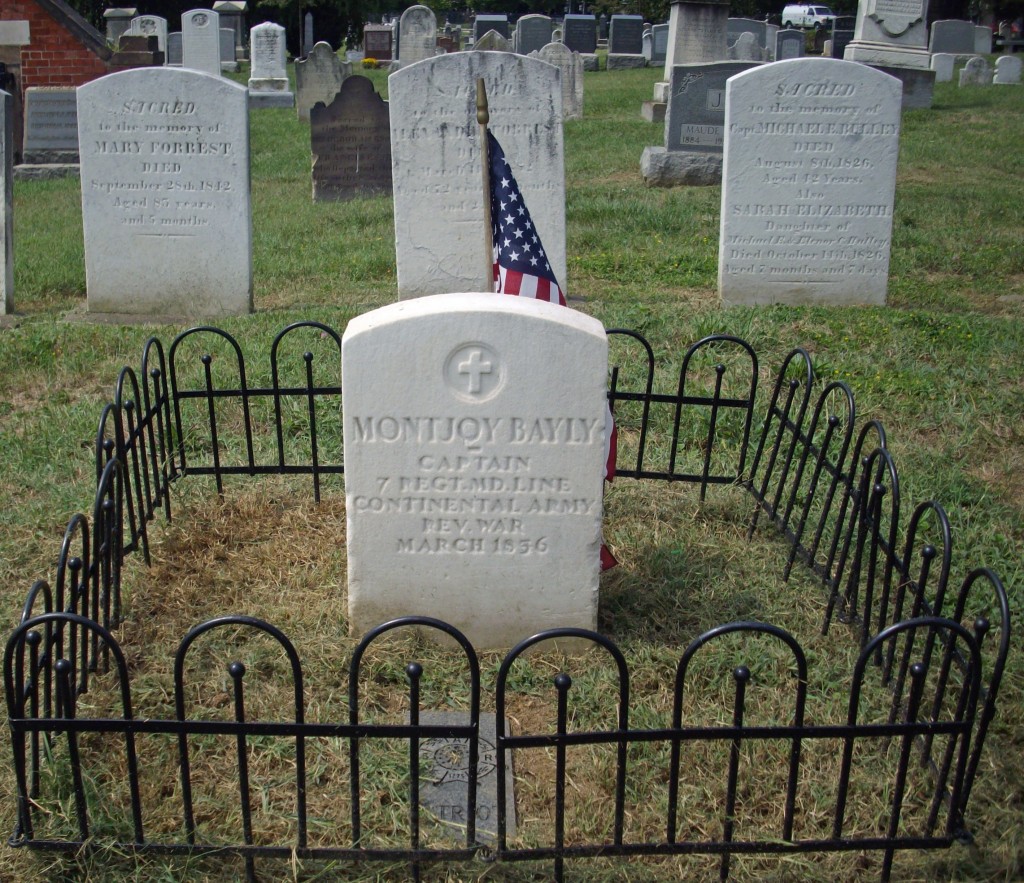 The simple white marker surrounded by a small black metal fence shows someone special lies below in the center of Congressional Cemetery.

Montjoy Bayly was more than a captain in the 7th regiment of the Continental Army during the Revolutionary War as his stone states. He was also the doorkeeper and the second Sergeant at Arms of the U.S. Senate.

A newspaper death notice following his March 22, 1836 passing stated, “On the 22nd instant, General Mountjoy Bayly, an officer of the Revolution, in the 82nd year of his age. His friends are requested to attend his funeral from his late dwelling on Capitol Hill this evening at 4 o’clock.”

That dwelling is now the Bayly Building at 122 Maryland Avenue, NE. The 1822 structure includes both Second Empire and Federal styles. The American Civil Liberties Union now occupies it. The property is a National Historic Landmark.

1 Response to Final salute for the Sergeant at Arms