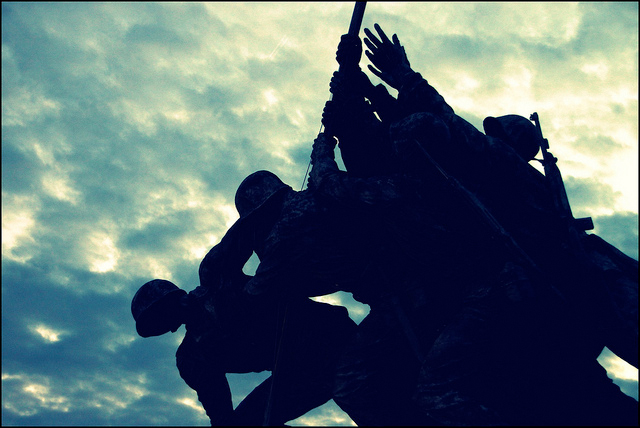 Seventy years have passed since five Marines and a Navy corpsman lifted a flag into the volcanic ash to inspire Americans into one last push to defeat the Japanese and end World War II.

And three of those men lie nearby at Arlington National Cemetery. 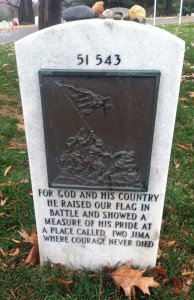 Pfc Rene Gagnon rests nearly within sight of the Iwo Jima Memorial. Sgt. Michael Strank lies in the middle of the cemetery while Pfc Ira Hayes is on the other end of the cemetery close to the Air Force Memorial.

Gagnon and Hayes along with Navy Pharmacist Mate 2C John Bradley would later be known for their war bond rallies that drew $26 billion in the months after raising the flag on Feb. 23, 1945.

Each one is worth remembering as their images on the Iwo Jima Memorial showed a nation that teamwork would finish a war which claimed 60 million people worldwide and more than 408,000 Americans.

Iwo Jima was a speck of a Pacific island about 600 miles from Japan. Its three airfields that could be used to refuel bombers attacking Japan made its capture vital. The problem was 22,000 Japanese soldiers abandoned on the island and told to die for their country.

On the battle’s fifth day, a group was sent to place a flag on the island’s highest point, Mount Suribachi, to inspire American troops. Soon after, another group from Second Battalion, 28th Marines, 5th Marine Division, Easy Company that saw only 50 of 310 men survive, and a Navy corpsman who participated in both flag raisings, were sent to retrieve and place another flag whose raising was photographed by Associated Press photographer Joseph Rosenthal. That image won the 1945 Pulitzer Prize and launched the needed bond sales.

The story is well told by the book “Flags of our Fathers” by James Bradley, son of John Bradley. Clint Eastwood produced the movie version plus a Japanese version of the battle in “Letters from Iwo Jima.” 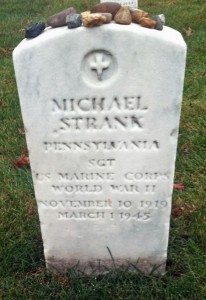 Corporal Harlon Block, the first figure anchoring the flag into the ground, and Strank were killed on March 1. Pfc Franklin Sousley died on March 21. Block was buried in Harlington, Texas, Sousley in Elizaville, Ky. and Bradley in Antigo, Wisc.

Hayes, a Pima Native American in Arizona, later rejoined his unit and served during the occupation of Japan. Sadly, he became an alcoholic who died in 1955 at age 32 of exposure. Gagnon lived an embittered life. Promised jobs during the bond drive didn’t follow and he spent his life as a janitor. Gagnon died in 1979. Bradley suffered shrapnel wounds on March 12. He later became a mortician before dying in 1994.